Weill Cornell Vascular was founded in 1998, and is consistently recognized as one of the leading vein care centers in the world. The practice is a part of the Weill Cornell Medical College, and their physicians are all full-time faculty in the college and at the New York Presbyterian Hospital.

The founder, Dr. Robert Min, developed the practice based on the premise that the best results for patients come from the use of cutting edge technology coupled with personalized care. State-of-the-art diagnostic and treatment procedures are utilized in the appropriate combinations to get the best results while minimizing the side effects and downtime.

Endovenous laser ablation (also known as EVLT and ELA) of the saphenous vein was developed by Dr.Min and his colleagues in the late 1990s. As a result, Weill Cornell Vascular has the most experience in the world using this technique.

Drs. Neil Khilnani and Ronald Winokur, Dr. Min’s colleagues at Weill Cornell Vascular, remain committed to personalized care and are known for outstanding clinical results and patient satisfaction. The consultation, diagnostic testing, treatments and follow-up visits are all performed by the same physician.

Unlike other medical school affiliated practices that heavily utilize assistants or colleagues to perform some of the procedures, the physicians at Weill Cornell Vascular take care of every aspect of your care.

The full-time Weill Cornell physicians are knowledgeable and care for a wide variety of venous conditions. Treatments for varicose and spider veins are performed at the 2315 Broadway office in specially designed treatment rooms. Patients who have pelvic venous insufficiency or congestion, varicoceles, iliac vein obstruction or occlusion, deep vein thrombosis as well as venous, lymphatic and arterial malformations are treated in our sophisticated suites at New York Presbyterian Hospital-Weill Cornell Medical Center.

The simplest treatment for vein related symptoms is a graduated compression stocking. Although the stockings will not rid your legs of existing varicose and spider veins, the symptoms associated with vein problems can be greatly improved.

Avoid sitting and standing for long periods. Try increase walking and daily exercise to keep your weight as stable as possible. These both help minimize the effects of varicose and spider veins.

This type of conservative treatment is well suited for women who are pregnant or for those who are unable to undergo medical therapy due to advanced age or illness.

Unfortunately, support stockings, frequent walking and weight loss do not always eliminate quality of life affecting symptoms. If you fall into this category, other forms of treatment, described below, are available to improve both the cosmetic appearance of your legs as well as alleviate associated symptoms.

Endovenous laser treatment (EVLT), also known as Endovenous laser ablation (ELA), is a minimally invasive technique to eliminate varicose veins. This procedure was developed by physicians at Weill Cornell Vascular who have performed EVLT longer than any other physicians in the world. The procedure is performed in the office with only local anesthetic, with little to no pain or scarring and a short recovery period. The procedure takes about 1 hour and patients are instructed to immediately walk and resume most of their usual activities.

Ambulatory phlebectomy, also known as microphlebectomy is a minor surgical procedure that can be used to eliminate larger varicose veins. This procedure is performed in the office using only a local anesthetic. The veins are removed through tiny skin nicks and can be done at the same time EVLT. No stitches are necessary, the scars are barely visible and patients are extremely satisfied with the aesthetic outcomes. The procedure takes about 1 hour and patients are instructed to immediately walk and resume most of their usual activities.

Sclerotherapy is an in-office procedure that eliminates spider veins and small- to medium-size varicose veins. The injection needles are smaller the flu needles, and the chemical (sclerosant) is injected directly into the diseased veins. The treatment lasts anywhere from 15-20 minutes, and you can resume nearly all of your activities. You must wear support stockings during the daytime for a few days after the procedure to help further close the veins.

Deep vein thrombosis (DVT) can lead to significant risk to both life and limb. Patients with DVT that involves the iliac and femoral veins have a high incidence of long term pain and swelling and an increased risk of developing skin ulceration. Data is accumulating that suggests that patients who have these iliac and femoral vein clots dissolved by Interventional Radiologist do much better in the long term. The NYP-WCMC physicians are leaders in this form of treatment and are participating in the NIH sponsored ATTRACT Trial to investigate the value of dissolving the clot to prevent the long term consequences of DVT.

Many patients with previous deep vein thrombosis are left with chronically blocked or narrowed veins. Very often, these obstructions lead to significant symptoms that can cause significant quality of life impairments. A variety of minimally invasive approaches are now available to open these veins and improve patients’ clinical conditions.

Vascular malformations can lead to pain and functional impairment. Our group offers a multidisciplinary approach to caring for patients with all varieties of congenital malformations using a combination of treatments. Our physicians have appointments at the New York Presbyterian Hospital-Weill Cornell Medical Center and are all full time faculty at the Weill Cornell Medical College.

Our hospital has been consistently ranked as the Best Hospital in NY Metropolitan area and one of the top 10 hospitals in the United States by the US News and World Report. 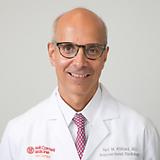 Dr Khilnani's approach to personalized care is exemplified by the time he spends with each of his patients, making sure that each of his patients is treated the way he would like to be treated himself. On the first visit, he personally speaks with each patient, and will examine them and perform any necessary diagnostic tests at the same time. He then takes the time to discuss the findings, their implications and possible treatments. He cares for the full spectrum of lower extremity venous disease, including spider veins, varicose veins, venous thrombosis and skin injury related to chronic venous disease. He also has an interest in varicose veins which are result of prior pregnancies.
He draws on 25 years of experience that he has had at Weill Cornell Medical College and from the leadership opportunities afforded to him in the societies he has been active in.  Dr. Khilnani is currently the President of the American College of Phlebology, the largest society for medical professionals involved in vein care in North America. He is also currently the President-Elect of the Intersocietal Accreditation Commission-Vein Center, the organization responsible for accreditation of Vein Centers in the United States as well as the Venous Service Line representative to the Executive Committee the Society of Interventional Radiology. He is member of the Board of Directors of the American Board of Venous and Lymphatic Medicine.
Dr. Khilnani received a Bachelors degree in Bioengineering from Princeton University and an MD from the Mount Sinai School of Medicine. After an Internship at the Mount Sinai Hospital in New York, he completed a residency in Radiology at New York Presbyterian Hospital-Columbia University Medical Center where he served as Chief Resident in his final year. He received additional sub-specialty fellowship training in Vascular and Interventional Radiology at the NYP-Columbia University Medical Center and The College of Physicians and Surgeons of Columbia University prior to joining the faculty at Cornell. 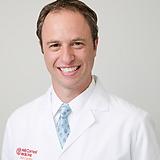 Ronald S. Winokur, M.D. is a board-certified radiologist specializing in interventional radiology and minimally invasive treatment of varicose veins. He is an Assistant Professor of Radiology at Weill Cornell Medical College and an Assistant Attending Radiologist at the NewYork-Presbyterian Hospital-Weill Cornell Campus.  He sees patients at the NewYork-Presbyterian/Weill Cornell Campus, where he focuses on the treatment of deep vein thrombosis (DVT), pulmonary embolism (PE), chronic venous disease, pelvic venous insufficiency, pelvic congestion syndrome, varicoceles, and interventional treatments of cancer. Dr. Winokur also sees patients at Weill Cornell Vascular in a brand new facility located at 2315 Broadway (84th Street), where he utilizes techniques such as endovenous thermal ablation with laser (EVLT), sclerotherapy and microphlebectomy for the treatment of varicose veins.
Dr. Winokur was invited to join the faculty of Weill Cornell Radiology faculty after completing a fellowship in Interventional Radiology at the NewYork-Presbyterian/Weill Cornell Medical College and Memorial Sloan Kettering Cancer Center. Dr. Winokur completed a residency in diagnostic radiology at Thomas Jefferson University Hospital where he was elected and served as Chief Resident in his final year of residency. He completed his internship in Internal Medicine at The Lankenau Hospital after earning his M.D. degree from Jefferson Medical College of Thomas Jefferson University. Dr. Winokur earned a Bachelor of Science degree in biomedical engineering from Tulane University prior to attending medical school.

Dr. Winokur’s clinical expertise is in interventional oncology and venous diseases involving both the deep and superficial venous systems as well as pelvic venous conditions. He performs a wide variety of interventional procedures including, but not limited to ablations and embolizations for malignancy, procedures to remove acute and chronic clots in the deep venous system, advanced techniques to treat varicose veins, treatment of pelvic venous insufficiency, image-guided biopsies and vascular access.
Dr. Winokur achieved Board Certification in Diagnostic Radiology from the American Board of Radiology in 2012. His research interests include interventional treatment of liver malignancy and the treatment of venous diseases, a topic in which he has co-authored several book chapters, written peer reviewed publications and presented at national meetings. He has also presented his work at national meetings regarding improving radiology resident education. In addition to clinical activities, Dr. Winokur is an active teacher of residents, Interventional Radiology fellows, and medical students.Lisa Amatangelo, MD, RVT, FACPh, graduated with honors from the University of Michigan with a BS in Biopsychology and Cognitive Science. She then earned her MD from Wayne State University in Detroit, Michigan, and completed her residency at William Beaumont Hospital, Royal Oak, Michigan, in 2005. 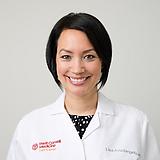 She joined the University of Michigan in 2007, where she was expertly trained in venous disease by the late John R. Pfeifer, MD.  She served as a Clinical Lecturer in Vascular Surgery and Co-Director of the University of Michigan Vein Centers from 2007 to 2017.  She is also a Diplomate of the American Board of Venous and Lymphatic Medicine.
She serves on the Board of Directors of the American College of Phlebology as Treasurer.  She is also a Board Member of the American Board of Venous and Lymphatic Medicine and a member of the American Venous Forum, European Venous Forum, American Academy of Family Physicians, American Medical Association, and MENSA.
Her clinical interests include sclerotherapy, endovenous ablation, compression therapy and facial cosmetic injectables. She also has a special interest in medical journalism and community medical education with extensive experience as a medical communicator and spokesperson.

The American Board of Radiology, American College of Phlebology and Society for Interventional Radiology