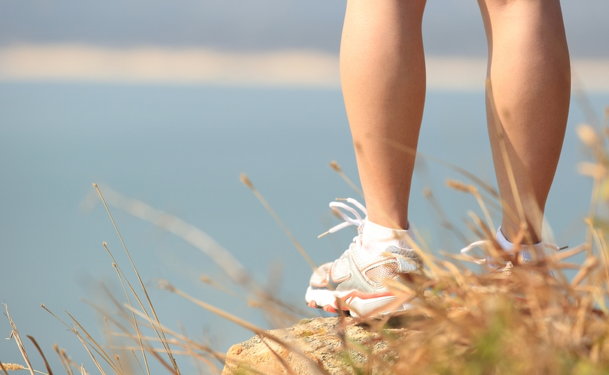 One of the tools available to vein specialists for treating both spider veins and larger varicose veins is the laser, which uses an intensely focused beam of light to heat up and get rid of problematic veins.

For various reasons, some people aren't able to undergo sclerotherapy (an injection treatment) for spider veins or varicose veins. If this is the case for you, laser therapy may be the best option for treating your vein problems.

Traditional sclerotherapy involves injecting a chemical sclerosant (irritant) into the problematic veins in order to cause them to harden, close up, and eventually disappear. But if you're pregnant or if you are allergic to the chemicals used and can't undergo sclerotherapy, laser therapy is an alternative that's available to you.

Endovenous laser therapy is a treatment for eliminating larger veins in which your doctor guided by ultrasound imaging inserts a fiberoptic probe into your vein. The laser light transmitted through the fiberoptic probe produces extremely high heat — about 1832ºF (1000ºC), which cauterizes the inside of the vein, causing it to collapse.

It tends to be highly effective, and according to at least one study, leads to fewer complications and side effects compared to the traditional surgical approaches to treating large veins.

In the treatment of spider veins, the laser is outside the body and directed at the skin. The light from the laser heats the blood vessel, eventually destroying it. Depending on how deep under the skin the spider veins are, different types of lasers can be used that produce light at different wavelengths. Those wavelengths penetrate the skin at different depths so that basically only the veins are heated. During the procedure, the skin is kept cool to avoid pain and to keep from getting a mild burn similar to a sunburn. Sometimes a topical anesthetic is given as well.

The procedure is done in a doctor's office or clinic and can usually be completed in less than 10 to 20 minutes. It usually takes two to four treatments several weeks apart to be fully effective. The skin above the veins can often look reddish for a couple of days. You probably won't see the final results for several months.

IPL treatment is similar to laser treatment, but it's not as focused, so it offers an advantage: It can cover an area of up to almost half an inch per pulse. The light isn't as precise as with a laser — it's not at a particular wavelength for optimal penetration of the skin, for example. As with laser treatment, you'll probably need a few treatments to get the job done.

Laser and IPL therapy may not be suitable for tanned or darker-skinned people, because the increased amount of melanin (pigmentation) in their skin can absorb the light and cause permanent discoloration. In patients who do experience some discoloration, though, it usually clears up within four to six months after treatment.

In the hands of an inexpert user, IPL treatment in particular can cause patchy darkening of the skin. In rare cases, the skin treated with a laser can get very thin and lead to ulceration.

Laser or IPL treatment of spider veins is generally considered cosmetic, not medical, and so is not covered by insurance. The cost will vary depending on how many veins are treated, their size, how extensive an area is treated, and how many treatments you need.

Endovenous laser therapy may be covered by insurance if the procedure is considered medically necessary under your insurance company's particular guidelines. Those guidelines can be extremely specific, so be sure to check with your insurer or ask your vein clinic to check for you.

Intense Pulse Light Therapy for Spider Veins
Your Guide to Treating Visible Veins Around the Eyes
When to Choose Sclerotherapy vs. Laser Vein Therapy