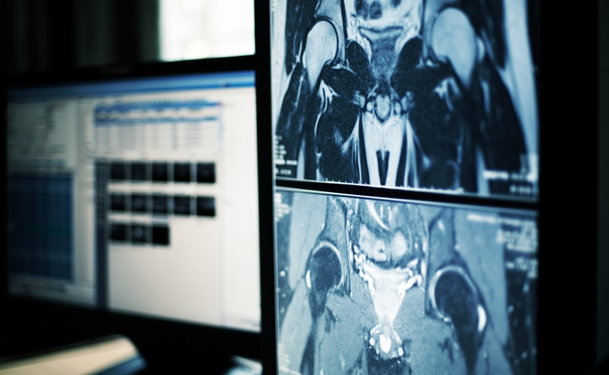 All about Pelvic Congestion Syndrome

Pelvic congestion syndrome (PCS), also known as ovarian vein reflux, or pelvic venous congestion syndrome (PVCS), is a common, yet often misunderstood condition in women that causes chronic pain in the pelvis and lower abdomen. The pain associated with PCS can be debilitating, and a clear diagnosis of PCS can sometimes be difficult because there are many different possible symptoms.

What is pelvic congestion syndrome?

Pelvic congestion syndrome is a condition that affects women that causes chronic, dull pelvic pain and a feeling of pressure and heaviness in the groin. PCS is oftentimes linked with varicose veins in the lower abdomen, groin, and ovaries.

What drugs can treat PCS?

The effectiveness of drug therapy for PCS is still unclear, but your doctor may prescribe:

How does transcatheter embolotherapy treat PCS?

PCS is most commonly treated by embolotherapy, which is a minimally invasive surgical technique to close off the varicose veins in your pelvis. This should reduce vein swelling and alleviate the associated pain. You can usually go home 24 hours after treatment and return to work one week later depending on your pain levels.

This procedure is usually done by an interventional radiologist, which is a type of doctor that specializes in performing minimally invasive procedures while using advanced imaging technology to see inside your body.

Your interventional radiologist will make a small incision near the vein being treated and insert a narrow, wire-like catheter into your vein to administer localized treatment. There are three main embolization methods:

What are the risks of embolization?

Although emobolotherapy is a minimally-invasive procedure, it still has some risks.

How can complementary and alternative medicine help with PCS?

Complementary and alternative medicine (CAM) refers to traditional treatments and natural remedies that can be used in conjunction with Western medicine. CAM can include physical treatments as well as herbal medicines that can have positive effects on your health and may help relieve the symptoms of PCS.

Are there other surgical treatments for PCS?

Surgery is now known to have little benefit for treating PCS. Surgical approaches that were done in the past involved the removal of all adhesions in the pelvis, anatomic corrections of the displaced uterus, and even hysterectomy.

How are varicose veins linked to PCS?

Varicose veins occur when the one-way valves inside your veins stop working properly and allow your blood to flow backwards, causing your blood to pool and stretch out your vein walls. There are multiple potential causes related to PCS and pregnancy.

Which women are more prone to developing PCS?

Pelvic congestion syndrome more commonly affects women between the ages of 20 and 45, and women that have had two or more pregnancies.

What are the most common symptoms of pelvic congestion syndrome?

Pain of varying severity is the most common symptom. The pain is typically dull and not cyclical. The pain is usually worse:

Other than pain, there are many other non-specific symptoms, which can vary in intensity. Other symptoms of pelvic congestion syndrome may include:

What other conditions can mimic pelvic venous congestion syndrome?

Diagnosing pelvic congestion syndrome can be difficult because the symptoms can be attributed to other conditions. Other disorders that may have the same symptoms as PCS include:

How is PCS diagnosed?

After ruling out other conditions, the specific diagnosis can be made using several imaging tests which include: