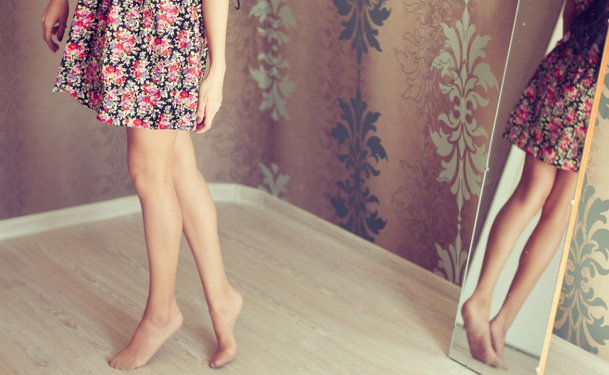 Endovenous laser ablation (also called EVLT for endovenous laser treatment) is a minimally invasive procedure performed in a physician’s office or clinic, for the treatment of varicose veins. During an endovenous ablation procedures, your doctor inserts a laser fiber through the skin and directly into the varicose vein. The laser heats the lining within the vein, damaging it and causing it to collapse, shrink, and eventually disappear. Because these veins are superficial, they are not necessary for the transfer of blood to the heart. This technique typically is used to treat the large varicose veins in the legs and takes less than 30 minutes to perform.

Your doctor performs endovenous laser ablation in the office as follows. He/she will:

The procedure is relatively painless and takes approximately 30 to 60 minutes. Once the vein is treated, the probe is removed and a small dressing is applied. A compression bandage is applied and worn for one week.

Benefits and results of EVLT

There are many reasons patients consider treating their veins using endovenous lasers. This treatment provides:

The procedure leaves no scars, and is associated with minimal postoperative pain, a rapid recovery period and provides almost immediate relief from symptoms.

Minor soreness and bruising can be treated with over the counter pain medication.

After the procedure, patients are encouraged to walk and resume their normal activities.

A follow-up appointment is made with the doctor in the week after treatment, to evaluate the success and progress of the endovenous laser ablation.

Is the loss of veins a problem?

Any vein that is destroyed is not healthy and actually can be detrimental to circulatory health. Because the vein is engorged and thrombosed, its removal has no adverse affect on the body. The healthy veins, however, are not touched by the laser and they continue to carry blood away from the legs in an efficient manner.

In some cases, the saphenous veins may be compromised or destroyed during the procedure. With an increased emphasis in current medicine on preserving the veins for future use for either coronary artery bypass or another vascular procedure, this may be a concern for some patients.

Because varicose veins are not considered life threatening, treating them is not absolutely required. However, when painful side effects or negative aesthetics motivate patients to seek treatment, there are a number of options.

Cost of the procedure

If endovenous laser ablation is performed on a symptomatic patient, it will likely be covered by medical insurance and Medicare. In order to determine whether the procedure is medically necessary, insurance carriers may require a trial of support or compression stockings and the need to take pain medication during the last six months. Contact a local specialist for more information about the costs and insurance requirements associated with endovenous laser ablation.