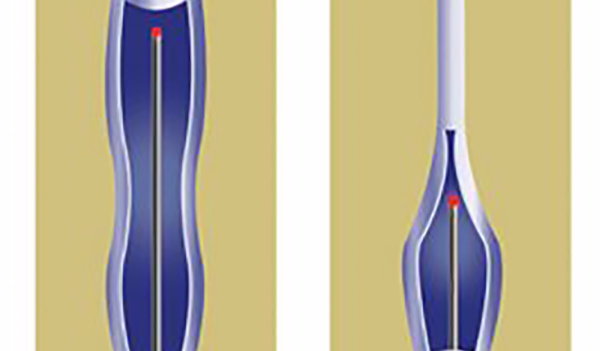 All About Endvenous Thermal Ablation

­There are many ways for physicians to treat the underlying cause of varicose veins. These therapies all have one thing in common--they seal poorly functioning veins shut, which eventually disappear. This vein-closing event is called ablation. There are two forms of ablation that use heat: laser and radiofrequency. Common terms that describe these treatments include EVTA (endovenous thermal ablation) and EVLA (endovenous laser ablation). There are several brand names associated with these treatments, such as ClosureFast®, EVLT®, and TVS 1470TM to name a few.

If your doctor thinks you're a candidate, you'll require a painless, venous reflux exam (ultrasound), to see how well or poorly the valves in your vein(s) are performing. This will give your physician a roadmap for future treatment.

After you’re given a local anesthetic, a tiny skin knick is made (so small that stitches aren't needed). Under ultrasound guidance, a heat catheter or laser fiber is threaded into your diseased vein. Heat is then delivered to the vein as the catheter is withdrawn, causing the walls of the vein to collapse. Once the “bad” vein is closed, your healthy veins take over to give you symptomatic relief.

What is EVTA used for?

Ablation treats the underlying cause of varicose veins, known as venous insufficiency, in order to relieve symptoms.

Recovery, Risks, Side Effects and Complications of EVTA

Endovenous laser ablation and endovenous radiofrequency ablation have similar, and excellent results. More than 90% of the time a vein is sealed shut, it remains closed forever.

The procedure is usually performed in the doctor's office. You can resume normal activity right away, except for flying or taking long car trips. You'll also need to wear a compression bandage for at least a few days. No extra bed rest — you should remain active.

Ablation procedures do not leave visible scars. Side effects are typically minimal, but can include tenderness and bruising. The compression bandage helps with that. The vein can also get inflamed (thrombophlebitis), which can be painful, but over-the-counter anti-inflammatory pain medications usually help.

Less common complications include heat damage to nearby nerves which can occasionally cause localized numbness, though it should go away over time. Infection is a possibility with any procedure.

There have been rare cases of deep-vein thrombosis (DVT) reported, a condition where a clot forms in a vein. If that clot breaks loose, it can cause a potentially life-threatening pulmonary embolism. The Society for Vascular Surgery and the American Venous Forum, in their clinical practice guidelines, suggest doctors should perform another duplex ultrasound days after the EVLA procedure to be sure there are no clots.

Does insurance cover this treatment?

If performed because of medical necessity, the procedure is usually covered by most insurance policies. Of course it's always a good idea to check with your insurer, because some insurance companies have very specific criteria for what constitutes medical necessity. Most insurers require you to try conservative therapy like compression stockings, analgesics, and exercise before authorizing these procedures.