Home>Articles>Conditions>Venous Reflux and CVI: All You Need To Know 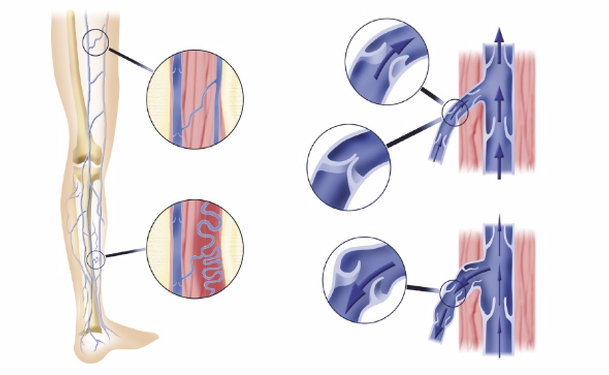 Venous Reflux and CVI: All You Need To Know

In healthy human circulation, the heart pumps blood carrying oxygen down through the body through the arteries; oxygen-depleted blood moves back up to the heart through the veins. Aided by the contraction of the calf muscle, blood in the veins moves against gravity.

Vein valves, which are small flaps attached to the inside of the vein walls, allow blood to flow upwards, and are key to vein health.

In healthy veins, valves are one way, meaning they allow the blood to move upward and then close so blood continues to move in the right direction. When veins are unhealthy, the valves become weak, and instead of closing, their laxity allows for two way blood flow. This causes venous insufficiency or CVI. See the illustration below. 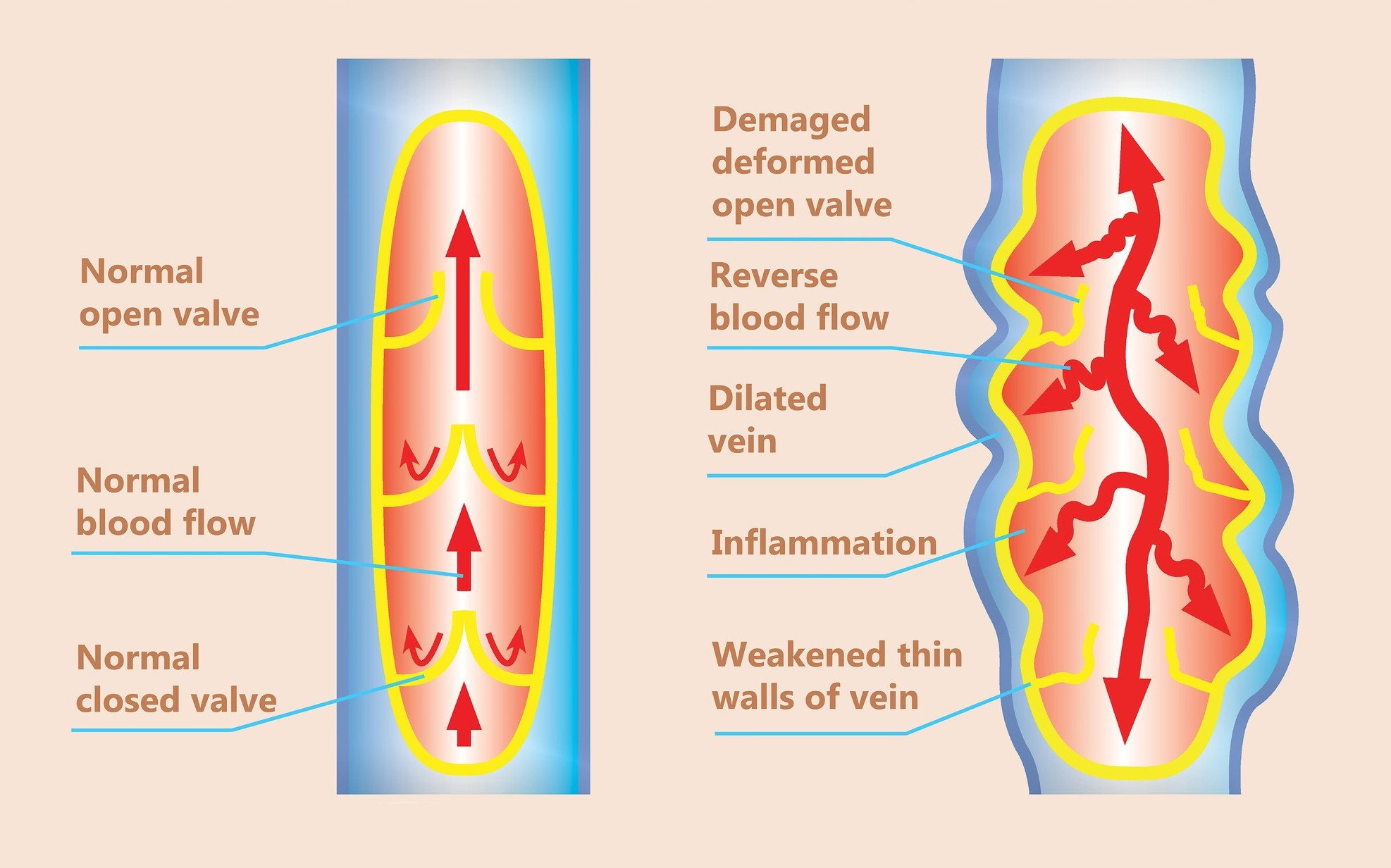 Pain often accompanies the symptoms of venous reflux. Sometimes legs can feel itchy, sore, or heavy. In severe cases, you may develop a venous ulcer (a wound by your ankles)

Your doctor will take a complete medical history and physical exam, taking special note of any changes in your skin temperature, color, and texture. Your doctor will also check the pulses in various places throughout your circulatory system.

After a physical exam, if your doctor suspects you have venous disease, you will then have a venous reflux exam. In this simple test, also called a duplex venous ultrasound, a sonographer or your doctor uses a handheld transducer to evaluate vein function, check for venous reflux and ensure there are no blood clots, blockages or other conditions.

The Role of CEAP Classification

The Clinical, Etiology, Anatomic, Pathophysiology known as CEAP classification is a system doctors use in the diagnosis of venous insufficiency. Venous disease is classified by the severity of symptoms. There are six levels of severity.

Treatment of venous insufficiency begins with an accurate diagnosis and finding the source of the venous reflux. Once reflux is detected, treatment will focus on removing the vein with the faulty valves, so that blood flow reroutes to healthy veins.

Walking is an especially good form of exercise. If you are sedentary most of the day, taking breaks to walk or move your body can encourage circulation.

If you stand for long periods during the day, take breaks to sit down. Putting your feet up will reduce swelling and inflammation.

Compression garments are often used either as the primary therapy for venous reflux or in conjunction with other therapies. Compression socks (above and below the knee) or compression pantyhose can help maintain venous blood flow. More potent forms of compression therapy are also available in cases of severe venous reflux.

To treat venous disease, doctors remove the damaged vein(s) from your body. Vein removal can occur through several treatment modalities aimed at closing off and shrinking the damaged vein so that blood reroutes to healthy veins.

Which treatment method your doctor uses depends on several factors such as the diameter of the vein, its length, its location in your body, the tortuosity (meaning whether it twists and bends repeatedly), and the severity of your condition.

Venous insufficiency procedures fall under one of three categories:

You may be at higher risk for venous reflux to occur if you:

To learn more about chronic venous insufficiency and the role of venous reflux, watch this illustrative video.